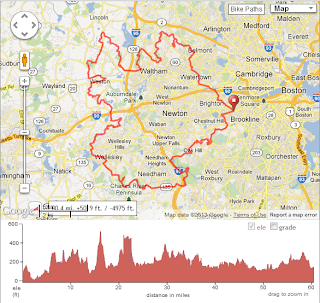 I must start this blog post by  saying I am truly horrified along with our entire nation that again, we've been whacked with the terrorist stick. Whether the blame falls  domestically or internationally It's hard to believe  we were struck in the back of the knees (again) without warning.  After letting this sink in, I keep thinking how the perpetrators  did their homework  in choosing a venue that was universally known and spectated from around the world almost impossible to secure safely, and poised in front of dozens and dozens of media outlets to capture cleanly the destruction, panic, and bloody results of their efforts but with all that media capture, it just might
bring them to justice sooner than we think.

Through all the heartache right now, this will only make our country stronger. We might have to be inconvenienced
with even more restrictions  and most costs associated with safely precautions, but like we have done in the past, we always prevail and even stronger than before.


I did a little bike ride last Sunday. Like a 10 hour day bike ride.  HA!
It was my second go at the Ronde De Rosy Ride put together by Hup United team mate,Scott Rosenthal
The proceeds from this ride go entirely to Bikes Not Bombs. If you're not familiar with it, it's a
very cool organization. Check it OUT

This year Rosey as we call him,
did not disappoint.

Here's my team all fresh as a daisy pre launch 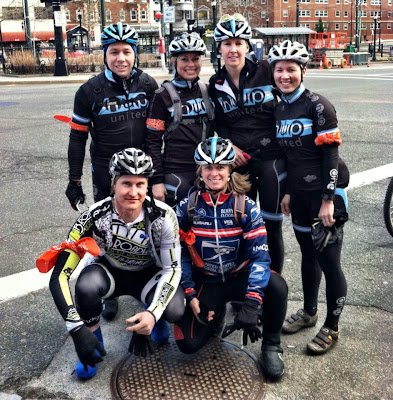 
I'm not sure how many teams signed up, but I'm guessing 13-ish.
After unloading our bikes and gearing up, off we went as part of
the first wave.  (8:30 AM)


We were STOKED. The day was beautiful. The trails would be dry.
We were prepared. 3 bikes had mounted GPS to find our way through
the 59.7 miles of road (30%) and trail systems (70%) mapped out. Twizzlers,
homemade chocolate chip macadamia nut cookies, homemade rice cakes,
lots of tubes, spare air and can do attitude: CHECK.

I was nervous to say the least If more about the trails and single track terrain
that I knew would bring out the wuss in me.  I was for sure the WEAKEST LINK
in the trails for our team. Anything that made my armpits itch, I avoided or walked my bike
down or through.  I had my custom carbon brace on my knee which
certainly helped me be less timid but I had a lot of ground and still do to gain
to feel comfortable on my CX bike in the trails with the concern of somehow
ripping my knee apart again looming over me.

Between MIchele  David and Peter, we had a good system going to find our
way through the cue sheet/GPS of endless turns of roads and trails through greater Boston.
We were in Brookline,Watertown, Belmont, Waltham, Weston, Wellesley, Needham back to Brookline.
(Might be missing a town or two)


Anyway, I had THE BEST team. There was no whining, no downers, just a fun group
dealing with flats, getting lost and burning LOTS and LOTS of matches. 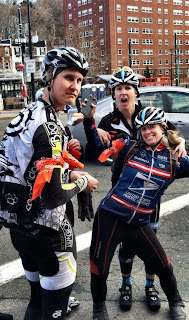 Props to Michele pictured below too. Nothing but tough, determined and
wicked awesome on a CX bike. Our fearless leader/team organizer. 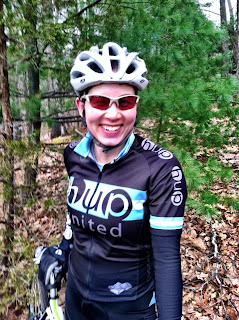 After 4 hours out there, the freshness of the daisy was all but gone in all of us. The ride was challenging to say
the least and each and every time I got in a trail section, I spent lots of energy trying to keep my
hands from a death grasp on my handlebars  and my shoulders from touching my ears with tension
locked in them.   I felt comfortable on my bike but my brakes weren't quite where I would have
liked them (able to stop me completely) and I spent a good amount of time putting my left foot down to stop myself on sections I
would attempt but then bail on or at the end of a decent in the trails in which I couldn't come to
a complete stop.
By the end of the day and not even noticing until I got in the shower that night of the consequences of doing this.


take a deep breath, I'm showing my a$$ cheek

This is what happens when the nose of your saddle keeps
smacking you in the bum  over and over and over. This resulted from #1 My lack of confidence in the trails  and #2, The
crappy brakes that kept forcing me to put my left foot down to stop my bike in which the back wheel would come up and the nose of the saddle kept kicking me in the rear. I was so focused on
riding clean and not falling I didn't even feel this happening.
The next day I could barely sit on the right side.   :-(


With 15 miles left of the ride, it was down to two of us, Michele  and I.  Laura was getting a sore throat
and was run down from racing the day before. Other people had to get back and some just
plain bonked.   For me as an endurance athlete for so many years,  I raised my hand when Michele asked
who wanted to finish the ride.

So off we went but not without me running out of liquids completely and
telling her I was fine knowing she had to get back as soon as possible to get
to Connecticut from our starting point in Brookline.  Her husband was there at the finish waiting. We had no time to mess with. With about 8 miles to go, the two of us were getting through yet another trail system when
behind us came the Geekhouse Bikes Squad.  I couldn't believe it!!  I was so happy to see another team and swore Michele and I just had to be
the remaining riders out there. Nope.  They were still out there because they WANTED to be out there having
stopped at Whole Paycheck for burritos and chillaxation. Before passing us they asked if we needed anything.

My tongue was velcroed to roof of my mouth  and before I could even finish asking  if anyone had some extra
fluids I could have.  BAM! they were all trying to fill my bottles.  Just super nice and I was brought back from
the dead!

Wrapping this up, Michele and I did make it.  We did the ride in it's entirety.  6:14 rolling ride time, Finish time with getting
lost and fixing flats:   10 hours.


Thank you Scott and all the sponsors and my very special team!
Love you guys!!!

Thanks for reading and checking out my basketball size bruise.  Heee heeee!

Posted by Trigirlpink at Thursday, April 18, 2013
Email ThisBlogThis!Share to TwitterShare to FacebookShare to Pinterest

YOU HAVE GOT TO BE KIDDING ME WITH THAT BRUISE. HOLY H*LL!!!! Girl, you need to invest in better shorts or eat more cheeseburgers! ACK! What an epic day!