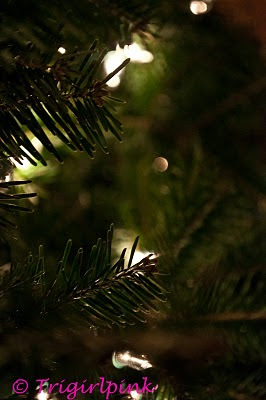 Lots of changes ahead for me and I have my arrow drawn and aimed at 2011. Let's hope I hit the target. The injury free target that is. I have not been injury free with a solid triathlon season since 2007. That feels like a very long time ago and frankly,I've become crispy fried from picking my healed-but doughy-self up, building back my fitness only to face another injury and back through the cycle again. I cannot look back at those injuries and honestly say I learned from how and why they occurred. Freakish bad luck? That is all I can say about that.
I know it's only December, but the thought of signing up for a race, having a daily training schedule with 2 disciplines is so far off my internal radar it's as if I have never done it before.
Quite bizarre considering how anguished and impatient I would be during any one particular dreadful injury that occurred. I swear, I created so much  needless stress on myself I probably prolonged  my healing  far too concerned about all the fitness I was losing while watching my planned season shatter into pieces.
I've lost so much ground in the 3 years not being able to train consistently,  It's fair to say I probably won't ever match the times I did that year of 2007.  I'll consider it the peak of my short lived amateur age group go at it.  2007 was a fantastic year for me after many yearly cycles of training, exposure to different distances, and just the cumulative build up one acquires honing a skill. Of course at the time, I only wanted to get faster and NEVER  was completely satisfied with what I accomplished.  Funny how 3 years can put that all in perspective.
So what have I learned from all of this?  ENJOY and SAVOR and be CONTENT with what you have and what you can do right here and now whether it just being healthy or finally grasping that brass ring and getting yourself to Kona for what could be one time.  We spend way too much time worrying what others are accomplishing (ok, I do!) and perhaps setting the bar  just a wee bit high for ourselves (ok me..) only to realize what one has already accomplished is far more than most people will ever do. Getting caught up in each morsel we put in our mouth, spending 4 hours perched  on a Computrainer, (nope, never done this)  and  thinking the sheer fact of sacrifice  is the key to success can be convoluted and
ultimately very very disappointing.


I've suddenly  found myself completely disengaged with the notion of training and racing  triathlon this coming year and with that I had to make the very difficult decision to leave Team Trakkers and the most awesome supportive sponsors that make that team what it is.  Even more importantly, Charlie Patten, Carole Sharpless, and Michael Lovato  are the backbone of this team and clearly without them, it would be nothing.  I will miss being part of this great organization and  I am very grateful I was part of it since it's inception.This will REALLY sink in come March when the team is gearing up for a solid season of racing, sponsors are in place, team kits are dispersed and I'm not part of  it.  eeeeks..... I guess I will cross that bridge when I come to it but I know it will be hard pill to swallow.

So what do I have in store? Well you can be certain I'm not going to become a bon bon eating (pink) couch sloth, that is for sure.  I'm still deciding, so you'll just have tune in regularly to:


Until then, I wish you a fun filled peaceful holiday and a very happy successful 2011 to each and everyone
of you.
Cheers!
Posted by Trigirlpink at Tuesday, December 21, 2010
Email ThisBlogThis!Share to TwitterShare to FacebookShare to Pinterest

Wishing you happy holidays and best of luck in 2011. Team Trakkers will miss you, but you will always be one of us.

That is a great shot.

And a great race number.

Trust me. I know what you mean about fighting injury! Good luck next season!.... and great pic BTW!

Goodbye to 2010--one of the hardest years of my life. Hello to 2011 and awesomeness, including the Nubble Light Challenge!

Dude...I used to think all the time that I had a "best" season some year in the past. Do not think of it that way as it only diminishes what you do now...you had a great season in 2007, no doubt, but your "best" season will hopefully always elude you. When you are back to humping it out on the pavement, let me know and we can go run a 20 at midnight.

Sometimes wating for the surprises that are in store for us bring us the best results!! We will still have a connection even without being teammates (though I miss you!!). I can not wait to see what changes are coming for you :)

You could do as I am. I am planning on dropping back to the race lengths that got me excited about being a triathlete in the first place. Thinking about signing up for nothing but sprints this year. I will let my training and the excitement for the sport carry me into each race and if I get the hankering to do something a little bigger, I will just punch myself in the leg for even considering it! HA. Good luck with 2011

Hey Elaine, I was just thinking about you so thought i would tune in to As Elaine's World Turns! Yay I am rewarded by an episode. and yes. holy moly. I know what you mean and my husband always tells me that my positive thoughts will manifest as will negative ones. So I choose the positive ones ( usually, Ok not always)
Hang in there, one day at a time ( this is an addiction you know) and enjoy some days on the couch, just not all 365 of the next year:)
Happy and Healthy ( strong, lithe, fast) Hips in 2011~!

Aw man....nuts!! I'll miss you on Trakkers, but I can still stalk you around Brookline and at some point i'd love to meet up for a workout!! =0

Hope you're staying warm and having an awesome Christmas!!

Hey E....one of my fav bloggy friends...you know....this is a great post in so many ways...because you are thinking about YOU and what works and doesn't work for you...and you are being super smart...THINGS always work out for people and I know that 2011 will turn out great in so many ways for you! xxo Merry christmas!

Such a hard choice yet I completely get it. Sometimes we just need time to be to find out what it is we really want. My number was 4months and tonight while being lapped by the high school kids I celebrated the completion of 4300yds in the pool...embrace the little things and I look forward to how Your World Turns ;-)
Tracy