Yup.  It's was a BIG Trakkers Weekend in Middlebury Connecticut for the Rev3 OLY and 1/2 distances races. Lots of Trakkers teammates volunteering or racing and some doing both!! 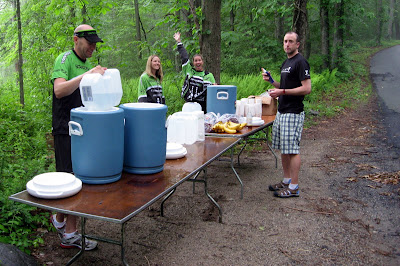 Saturday started out like this at the one mile run aid station:  Anthony, lovely wife Michelle, The Sharpie, and Rob non Trakker wish-he-was(ha!)  presently skirt-less 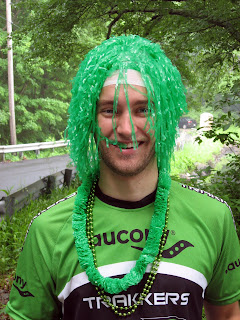 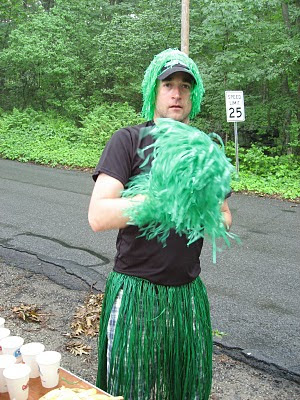 The Jagermeister came out and all hell broke loose. 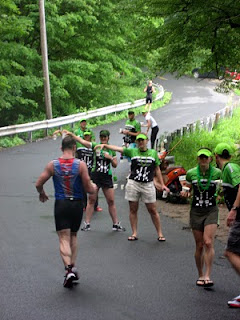 After we loosened up a bit with XM Satellite radio featuring disco,  it was time to get down to business fueling the needy.


But not without cowbell and lots of it.  Unfortunately I did not get a shot of Carole's mooning action.
It certainly was the highlight of the morning.

Congratulations to all the finishers and our MOST AWESOME Aid Station crew. 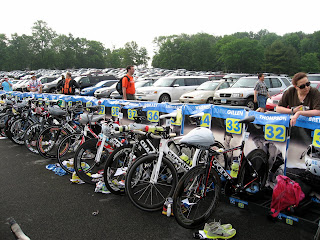 Sunday came in a flash and it was race day #2. 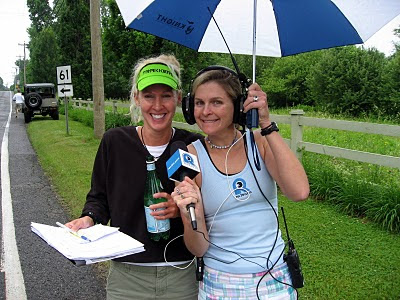 ..and I was out on the bike and run course following along  by car and madly writing down names, and splits for Dede who kept close tabs on how the women's race was unfolding to relay back to the anchor desk! 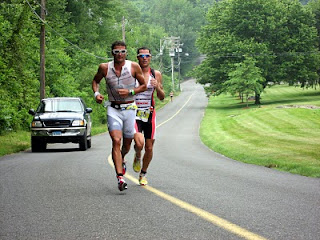 I got to see some of the boys too. Can you guess how long it took to make this pass??? 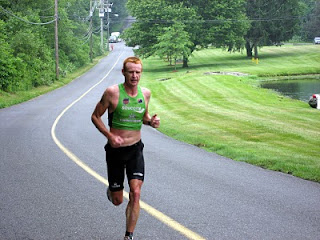 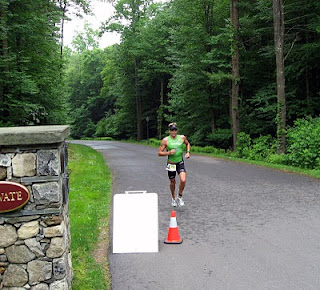 It wouldn't be Rev3 without some Trakkers Green..... Wished I had
gotten shots of Amanda, MB and Jacqui...... (and our age group team to boot) 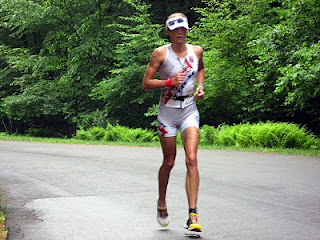 It was heartbreaking to see Julie riding a squeaky clean race only to lose her lead on the run. 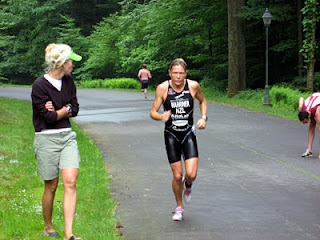 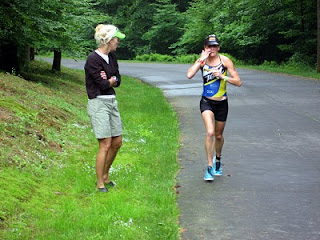 I did my best to try and give some positive words to all the athletes when time permitted to get out of the car and take in some of the action.  Here is Sam Warriner and Kelly Williamson flying by me.
Posted by Trigirlpink at Monday, June 07, 2010
Email ThisBlogThis!Share to TwitterShare to FacebookShare to Pinterest

you know the best place i like to be in a bike race is in the wheel car...wow how much fun was that!! i think i need a job:) off to watch im boise and then im cda in a couple of weeks!!!so excited:) have a grand week

looks like you had the best job! that aid station looks dangerous, lol....i am confident that you will be out there next year crushing the course :)